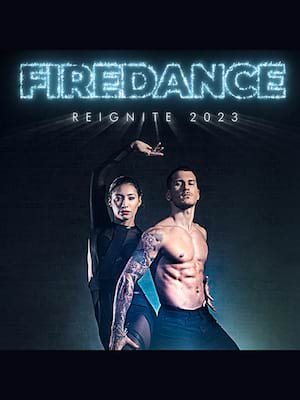 A fiery dance-off you can't take your eyes off!

Join the stars of Strictly Come Dancing for a thrilling performance of exciting, emotive dance, with Firedance touring the UK in 2023! Karen Hauer and Gorka Marquez, known nationwide for their scintillating appearances on the hit TV show, and their cast take part in a dazzling dance off to hit songs across the genres, from Gregory Porter to Jason Derulo, Jennifer Lopez to the Gypsy Kings.

Of course, true to the name, the show also features breathtaking moves from fire performers as well as a sensational live band. Inspired by the legendary choreography of shows such as West Side Story and Moulin Rouge, this is a spectacle you won't want to miss.

Seen Firedance? Loved it? Hated it?

Sound good to you? Share this page on social media and let your friends know about Firedance at New Theatre Oxford.