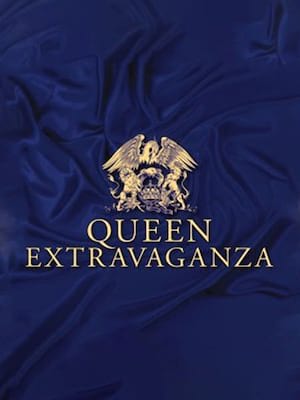 Why See The Queen Extravaganza?

Celebrate 50 years of Queen! Two of Queen's original bandmates and songwriters (legendary guitarist Brian May and drummer Roger Taylor) are the masterminds behind The Queen Extravaganza, where you'll experience the official Queen tribute band returning to the UK following a sell-out world tour. Featuring classics drawn from Queens extensive catalogue alongside fan favourites.

In a show that will run for 90 minutes of playing time, The QE band will perform nearly 40 Queen classics, drawn from a list of the band's biggest all-time chart hits: "Bohemian Rhapsody," "Another One Bites the Dust," "Crazy Little Thing Called Love," "Under Pressure," "We Will Rock You/We Are the Champions," "A Kind of Magic," "Radio Ga Ga," "Somebody to Love," and "Killer Queen." In addition, the show will highlight some of the band's finest heavy-duty rock-based anthems that have long been at the core of their live performances, so audiences can also expect a healthy dose of early period Queen with songs including "I'm In Love With My Car," "Tie Your Mother Down," "Seven Seas of Rye," and "In the Lap Of The Gods,".

Two of Queen's original bandmates and songwriters (legendary guitarist Brian May and drummer Roger Taylor) are the masterminds behind The Queen Extravaganza. In addition to their work with Queen, these two musicians' talents have inspired such legends of modern times as the Foo Fighters, Red Hot Chili Peppers, Katy Perry, and even Lady Gaga, who took her name from one of Taylor's biggest hit songs.

Seen The Queen Extravaganza? Loved it? Hated it?

Sound good to you? Share this page on social media and let your friends know about The Queen Extravaganza at New Theatre Oxford.