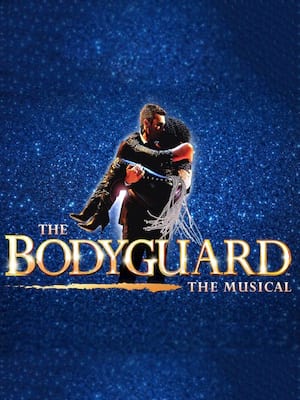 A night of continuous guilty pleasure

Why See The Bodyguard?

the bodyguard is on tour!

Don't miss your chance to see this heartfelt musical love letter to the late, great soul goddess Whitney Houston. The Bodyguard tours the UK, taking its incredible music and unforgettable songs to YOU! Based on the hit TV film, The Bodyguard is a story of love and second chances, set to timeless Whitney Houston hits like Queen of the Night, I Wanna Dance With Somebody, and of course, I Will Always Love You.

WHAT IS IT ABOUT?

Following attempts on a young superstar's life, a former Secret Service agent turned bodyguard, Frank Farmer (Ben Richards) is hired to protect his new charge from a prolific and determined stalker. But Farmer discovers to his chagrin, that show business works differently from what he is used to; Rachel Marron is headstrong, stubborn and a diva to boot. And she doesn't take kindly to following orders. A charged tug-of-war ensues, as each try to press their boundaries of power - but what they don't expect, is to fall in love.

A MUST FOR WHITNEY FANS

The 1992 blockbuster hit propelled Whitney Houston to superstardom, along with Kevin Costner, and is revered as one of the best romantic thrillers in cinema. Already in development for the stage in 2012, the news of Houston's untimely death in the February almost caused the initial lead actress in the show, Heather Hadley, to pull out amidst fears of comparison with the late Houston.

The Bodyguard features a multitude of Whitney Houston's greatest hits, including Queen of the Night, So Emotional, One Moment in Time, Saving All My Love, I'm Your Baby Tonight, Run to You, I Have Nothing, How Will I Know, I Wanna Dance With Somebody and one of the greatest hit songs of all time - THAT cover of I Will Always Love You.

At the start you are treated to a full-on concert experience that Lady Gaga would be jealous of!

Chock-full of Houston's songs that made the film as memorable as it is today, but they fit well into the overall narrative well, without halting it.

I went to see this show not knowing what to expect and it was fantastic!... more

My 3 friends had a fantastic time. The 2 female characters (playing... more

Sound good to you? Share this page on social media and let your friends know about The Bodyguard at New Theatre Oxford.