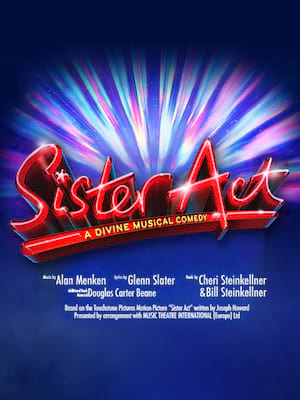 Sister Act is back!

Take Me To Heaven!

It's time to raise your voice as Sister Act returns to the UK! Based on the Golden Globe-nominated hit movie of the same name, Sister Act follows club singer Deloris as she takes refuge in a local convent and embarks on bringing the power of music to the local parish.

Producer, Whoopie Goldberg, has teamed up with musical theatre staple Alan Menken to revive our favourite roof-raising hits "Take Me To Heaven", "Fabulous, Baby!" and "Raise Your Voice". So don your habits and start warming up those vocal cords for the return of this funky-fabulous musical!

WHAT IS SISTER ACT ABOUT?

When Disco diva Deloris Van Cartier witnesses a murder she is put in protective custody in the one place cops are sure she won't be found - a convent! Disguised as a nun, she finds herself at odds with both the rigid lifestyle and an uptight Mother Superior. Using her unique disco moves and singing talent to inspire the choir Deloris breaths new life into the church and community, but in doing so blows her cover. Soon the gang is giving chase only to find them up against Deloris and the power of her newfound sisterhood.

Sister Act is heading to London for a limited run at the Eventim Apollo? BOOK YOUR TICKETS HERE.

Absolutely loved this show the cast were all fantastic I didn’t want... more

Sound good to you? Share this page on social media and let your friends know about Sister Act at New Theatre Oxford.