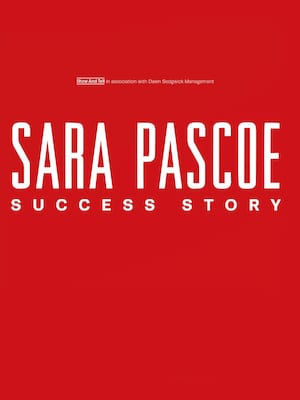 Back with a brand-new stand-up show!

Sara Pascoe's star has steadily risen since the early 2010s, with frequent appearances on TV comedy panel shows, podcasts, hosting duties on BBC's The Great British Sewing Bee and more putting her squarely in the mainstream. See her newest show Sucess Story live on stage this year, where her unabashed and hilarious style will be on display once more.

She first perfomed stand-up in 2007; however, but it was 2010's solo show at the Edinburgh Festival, Sara Pascoe Vs Her Ego, that put her on the critical and public radar. In addition to her hectic touring schedule, Pascoe is also an accomplished actress, having appeared in comedy shows such as The Thick Of It, Being Human, and W1A alongside publishing two books, including The Sunday Times bestseller Sex Power Money.

Sound good to you? Share this page on social media and let your friends know about Sarah Pascoe at New Theatre Oxford.